Underground segments projects into phases of construction, calculating excavation volumes by depth brackets and strata layers to ensure accurate bid quantities. Underground data is visualised via an intuitive graphical interface for easy user interaction . Trench models are exported for machine control systems and can be monitored for progress throughout construction to track against plan.

Leverage the power of drone/UAV data

Underground is fully integrated with AGTEK’s Gradework software to harness the power of drone / UAV data. Existing conditions can be validated, and when the job is won, production progress and procurement management for all underground materials are tracked on site. Progress is visualised using orthomosaic images and data is shared effortlessly with the field, ensuring more informed decisions are made. 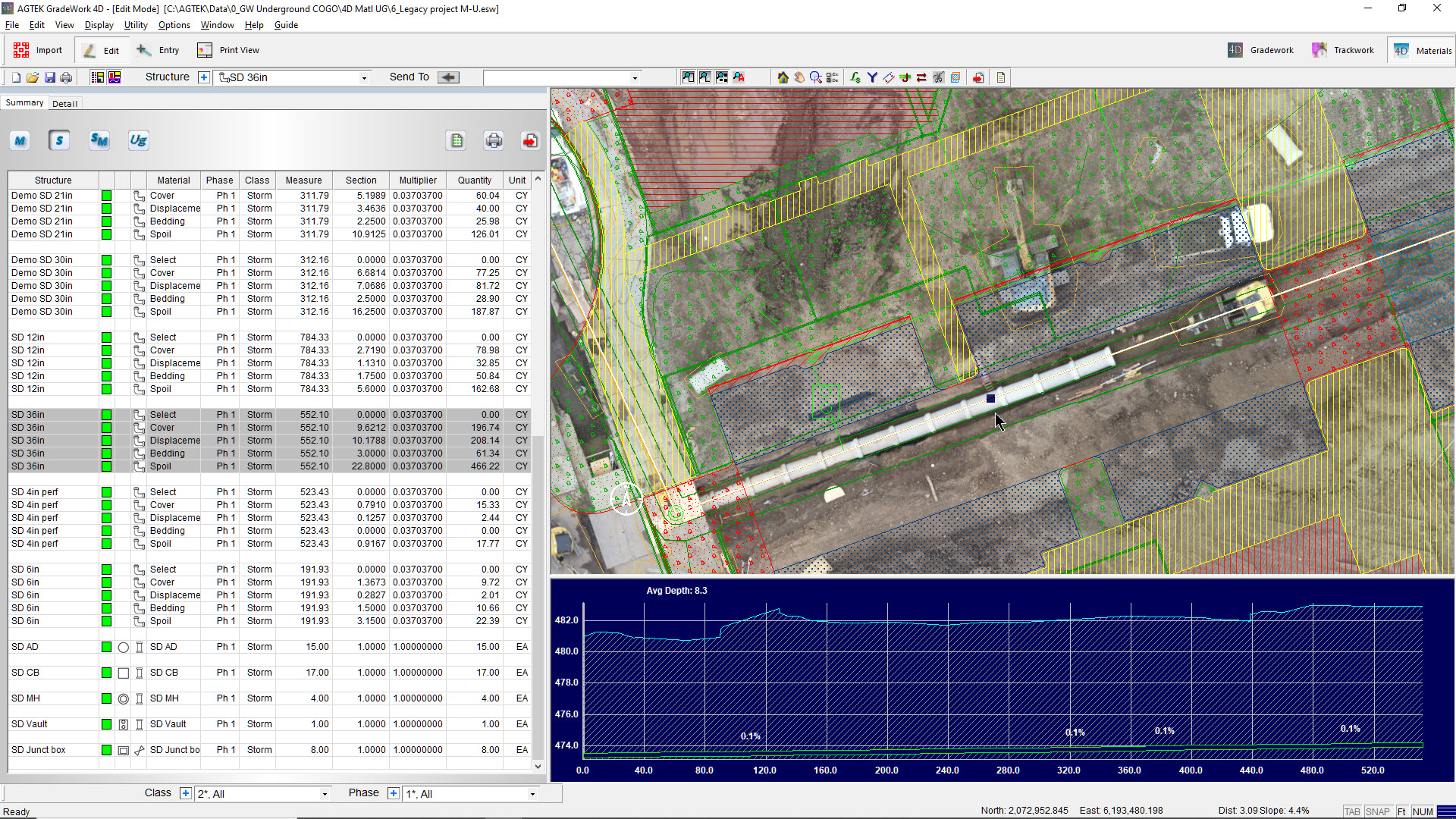 AGTEK has introduced Undergound, the next generation software to simplify takeoff and production control of pipe and underground utilities.