Greg Burchfield is an estimator at Crisp & Crisp in Robinsville, NC. He uses AGTEK to build his takeoffs and models for projects ranging from utility substations to recreational parks

He was previously using a competitor’s software to build takeoffs and GPS models, but started using AGTEK a few months ago and hasn’t looked back. AGTEK is so quick and simple, he says, that he even used it on one of his days off to import data from a drone flight to figure out quantities for a coworker’s new backyard pool. 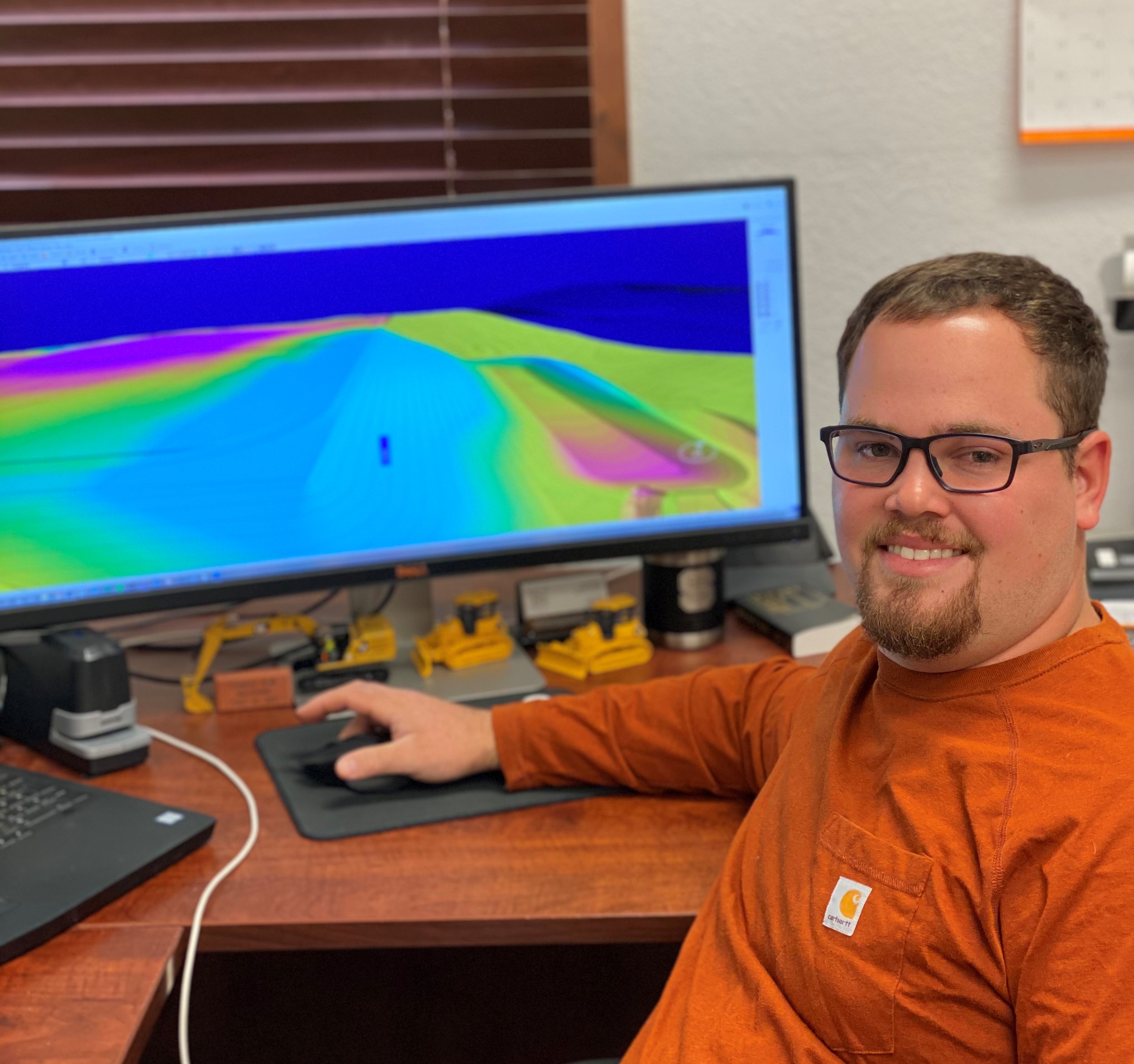 Very, very busy. I’ve got a bunch of jobs to bid. We do a lot of work for a local energy company and they have been working from home [due to COVID-19] so what would have normally bid [over the past few months] has been put off and now everything is coming to bid at one time.

Tell me a little bit about your company and the type of work you do.

We mainly work for the power utilities. We build grade substations, roads on transmission lines, move ash, but we also build recreational areas at lakes. One of the big jobs we are bidding on now is a swim beach. Those are the fun projects that I really like because you get to see people use and enjoy the things you’ve built. 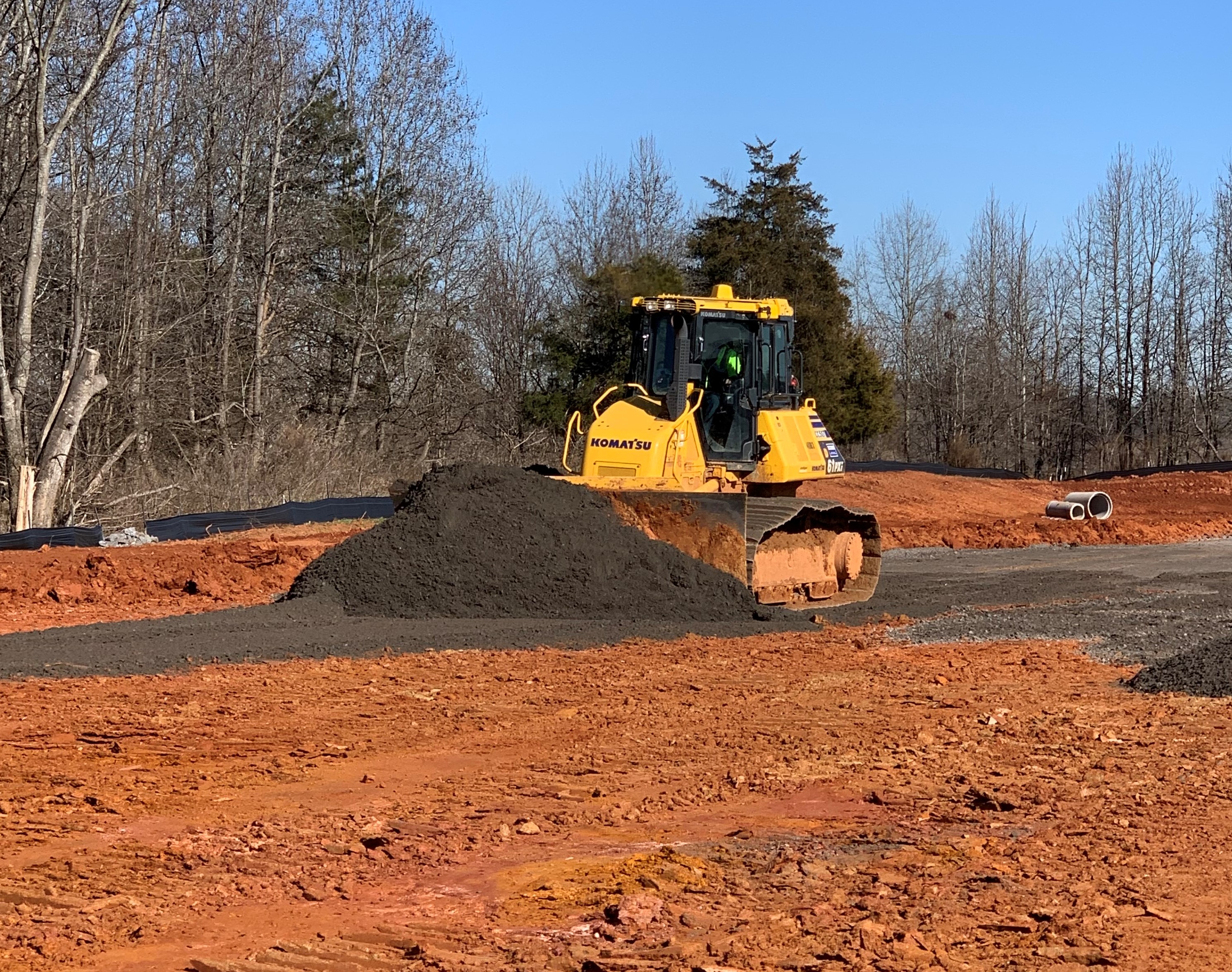 What made you switch to AGTEK?

I was using a competitor’s product before and I was growing old of it for modeling.

How was the transition to AGTEK? Tell me about the training process and how you learned to use the software. 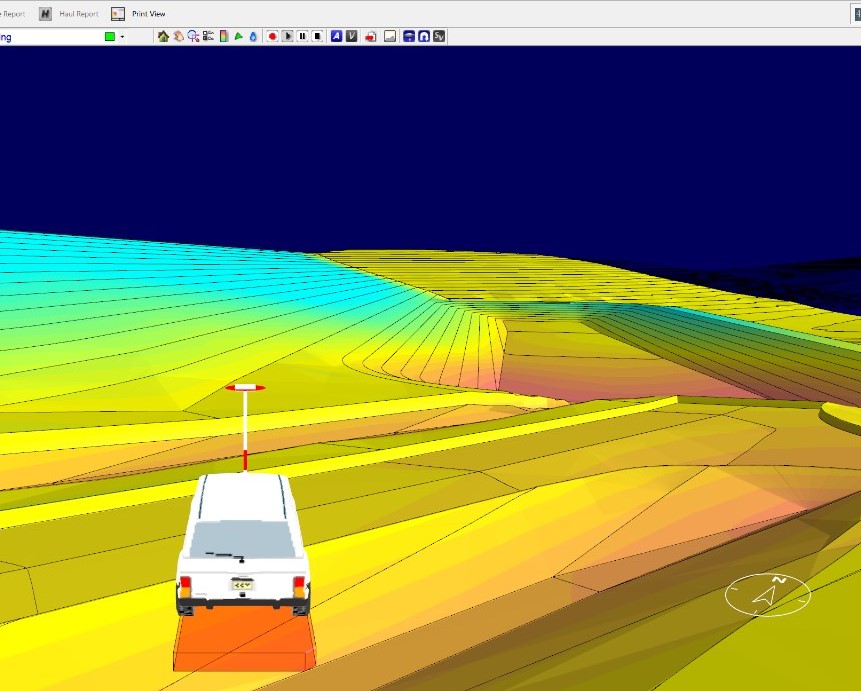 How do you turn your takeoff into your GPS model?

We typically only get PDFs for the bid. My bids are pretty clean, I would consider them model grade, but I like to start fresh with the CAD after the award since there have probably been a couple of revisions since the bid. AGTEK makes it so quick that it doesn’t cause me any time delay.

What the guys in the field like the most is that I can build subgrade and finish grade models simultaneously. It’s hardly any extra work for me to do that. Before, I would only build them a finish grade model and then they would have to offset it in the field and you can run into problems with the operator offsetting. But now, I just use sectional areas to apply my subgrade. 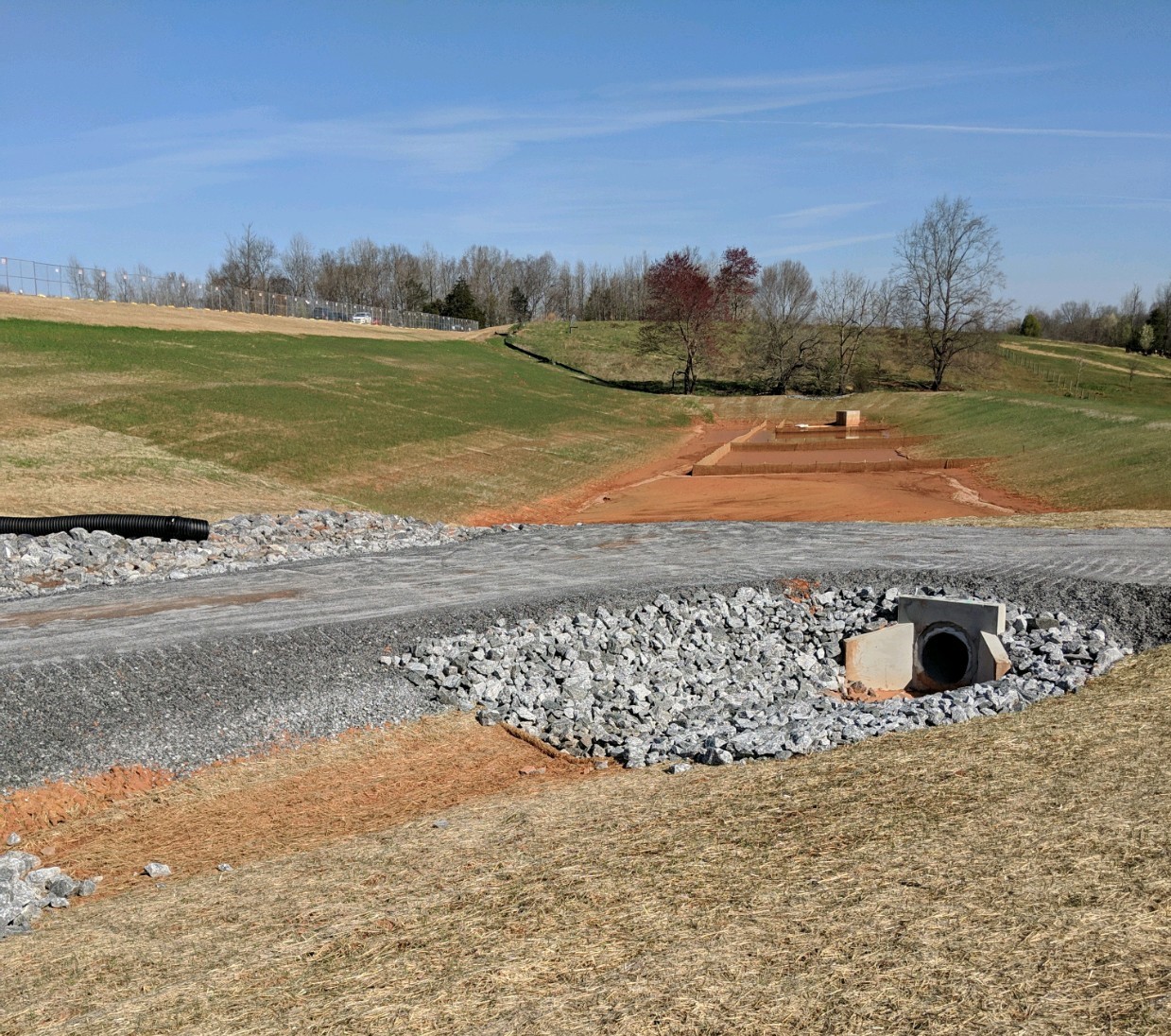 What features sold you on AGTEK?

- The conform line to data lines is the best thing ever. That has saved me so much time. It is one of the main things that made me want to get AGTEK. The way I had to do it before is zoom in incredibly close and then it was really hard to move around because I couldn’t click and drag – it was terrible. I would spend hours and hours on a model that if I had AGTEK would take me under an hour.

- F8 key. It’s just amazing – it really speeds things up. I remember the first takeoff I did I kept thinking, how long would this take to do in the software we were using previously? There is no comparison for putting in your contour lines or existing lines. AGTEK is the way to go

- Now that we can’t do on-site team meetings, SmartDirt has been even more valuable. Three times in the past 2 weeks, I’d already done my takeoff and my boss was driving by that job and asked me to throw the job up on SmartDirt. It took me about 5 minutes to do and he then knows where the LOD is and where we are going to clear. Before you had to look for an existing ditch on the existing grade plan [to know where you were standing]. You had to pull out this huge 24x36 set of plans out in the field walking around with trees everywhere, sweating – now you have it on your phone. He went to one job and messaged me after and said, “SmartDirt paid for itself on this one job.” It’s that helpful – it helps you plan and then we can bid the job knowing that it’s only going to be a 200 ft push for the D8 instead of trucking it a mile, for example. It helps you visualize the job a lot better because you can instantly see where big cuts are and haul routes should be.

How long did it take you to get up and running with AGTEK?

Not long. [At first, I worked with my AGTEK Trainer.] He got a feel for where I was as far as general takeoff knowledge and then tailored the training to that. Once I had spent some time with the program, we brushed up on the main talking points and really focused on what I was going to be doing with the program.

Two or three takeoffs after the training I didn’t feel like I had to go back and reference the training videos anymore.

In the last 2 weeks, I’ve completed about 10 takeoffs. For jobs where there are a lot of materials it might take me 3-4 hours to get to a model grade takeoff where I’d feel good about putting it in a dozer tomorrow. But, if I’m working on a 500 acre solar farm, I don’t need that – I build my ponds, make my ditches pretty, add my roads, and hit conform selected for the roads and I’m done. So solar farms take less time than a 2-3 acre recreational area. I would say on average I spend about 1.5-2 hours per takeoff. 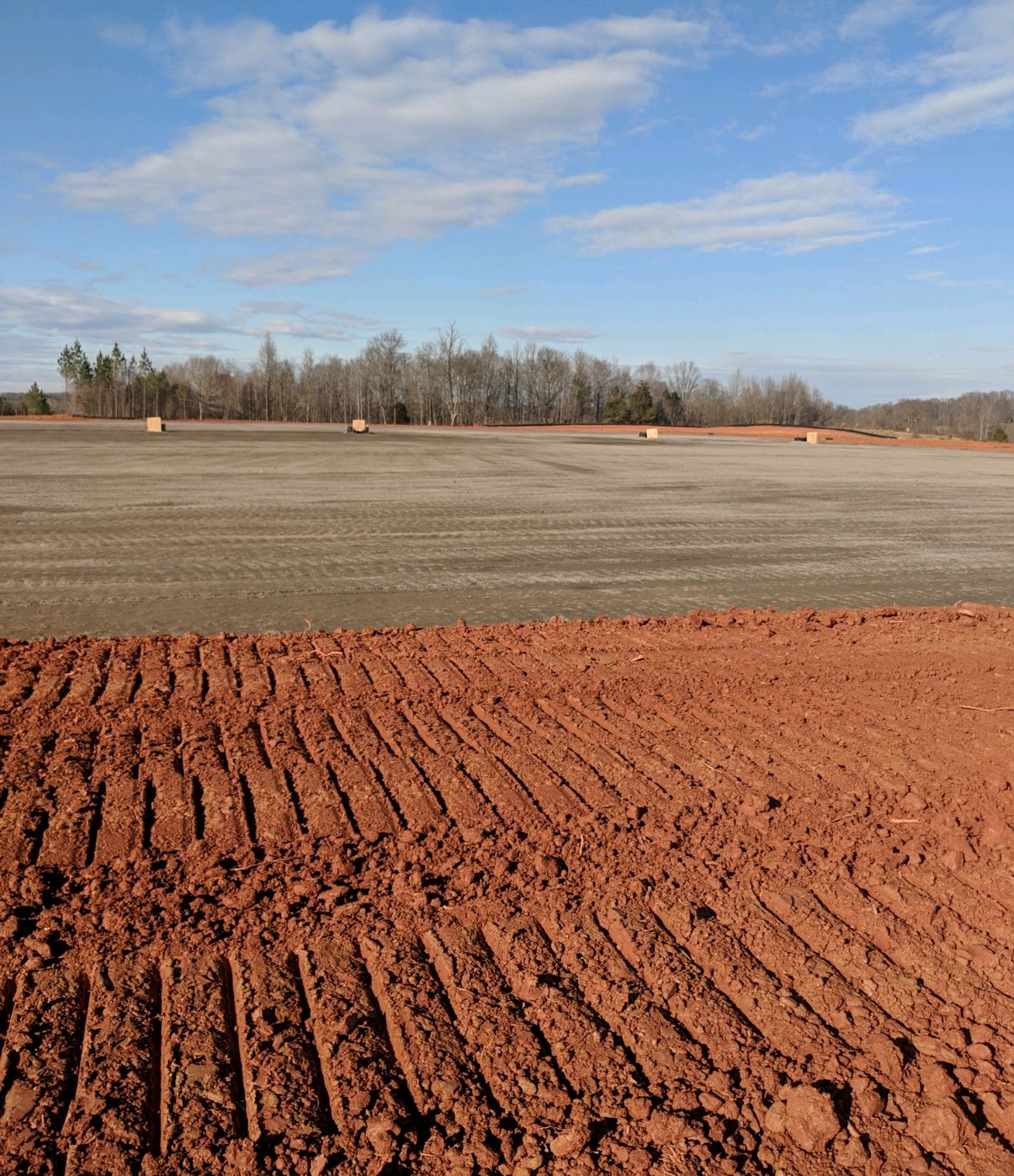 Any advice you’d give someone just learning or considering implementing AGTEK?

Watch the videos, for sure. I used the videos as a fill in for the training – if I forgot something or needed a little more detail on something. Now I just reference them for very specific questions.

Contact us and we will be happy to help.

Previous - Top 10 Reasons to Use Drones for Earthwork Projects