For the past 70 years, Strack, Inc. (Strack) has been one of the leading grading and pipeline contractors in the Southeastern United States. With over 450 employees and an extensive equipment inventory to match, the estimators at Strack bid approximately 12 jobs per week to keep the machine turning. As a full-site contractor, the Strack team relies on AGTEK as one of its most powerful tools during the preconstruction process: bidding accurately, efficiently, and with confidence. Like with any software, AGTEK is only an asset to your company if you have skilled and experienced users. We spoke with a few of Strack's preconstruction team members to learn how they use AGTEK daily. They include Jason Rainwater (Vice President of Preconstruction), Diego Menendez (Senior Estimator), and Shawn Bennett (Estimator).

Tell us a little about Strack, Inc and the company’s history with AGTEK?

Jason : Historically, our book of business consisted of municipal wastewater, water distribution, horizontal boring, intermodal railway, and single family residential sitework. Since the latest recession we decided to further diversify and expand into other market segments to make a future downturn in the economy a little more palatable. These other market segments include landfill construction and closure, warehouse and distribution facilities, multi-family residential and educational/institutional. We pride ourselves in self-performing all underground work, earthwork, boring & tunneling, and drilling & blasting.

I began using AGTEK back in the days of the digitizer board as many of your legacy users remember. I cannot tell you how excited I was once we received the PDF module, and I was able to finally start digitizing and vectorizing using AGTEK on my computer screen. Today with the advent of better and better CAD files, our takeoffs can be completed in a fraction of the time as before. We still rely heavily on the PDFs for spot elevations, confirmation of CAD files, and just an overall visualization of the project, but CAD files and AGTEK’s ability to import them easily has made our takeoffs more efficient.

How does AGTEK help you bid work?

Jason : To give you an idea of our workload, during any given week we are bidding 12 to 14 jobs. Each of these jobs start in AGTEK. Whether we’re doing material takeoffs, earthwork takeoffs or trench rock takeoffs, it’s all done in AGTEK. Last year we reached a new milestone in that we bid over a billion dollars’ worth of work. Simply put, it would not have been possible without AGTEK.

Diego : What we really appreciate and enjoy about AGTEK is it was designed from the ground up to accommodate our business needs. We are a grading contractor, and AGTEK was designed for grading contractors. We have had numerous fire drill scenarios where a client’s timeline required us to complete an accurate earthwork takeoff in an hour’s time. With AGTEK and a good file, it’s easily doable. One such scenario that comes to mind was a $24 million dollar job that Shawn bid in one day. We split up the responsibilities (he had all the pipe, I had all the earthwork), and we were able to get it done and feel confident about our results.

The last year has been the busiest year we have seen to date and came with compressed timelines we, at first, were not used to. As time went on, we became very intimate with AGTEK and how to best approach our takeoffs to increase speed, efficiency, and accuracy. Even though we were busier on paper, the workload felt about normal because we had become more proficient with the software.

You’re now using integrated Gradework, Materials, and Underground. What do you think so far?

Shawn : In the past couple of years, as Diego said, we have really stepped up our abilities in AGTEK. We’ve learned how to use different surfaces to our advantage, hot keys, hide functions, and line labels. Many of these features seem trivial, but if you’ve ever seen an AGTEK file with all the layers turned on, you’ll understand why something as simple as Alt-V is a game changer.

With the newly integrated AGTEK, I’m now able to do all my takeoffs in one file, from clearing and erosion, to water/sewer/storm and earthwork. I am able to quickly compare my surfaces, run different reports for different scenarios, all without creating additional files. The ability to do material takeoffs with my earthwork incorporated has brought my takeoffs to a whole new level. I can now click on any specific line and see exactly where that material is on my takeoff, which class it’s in, and what my bedding is for that specific line – all in one place. 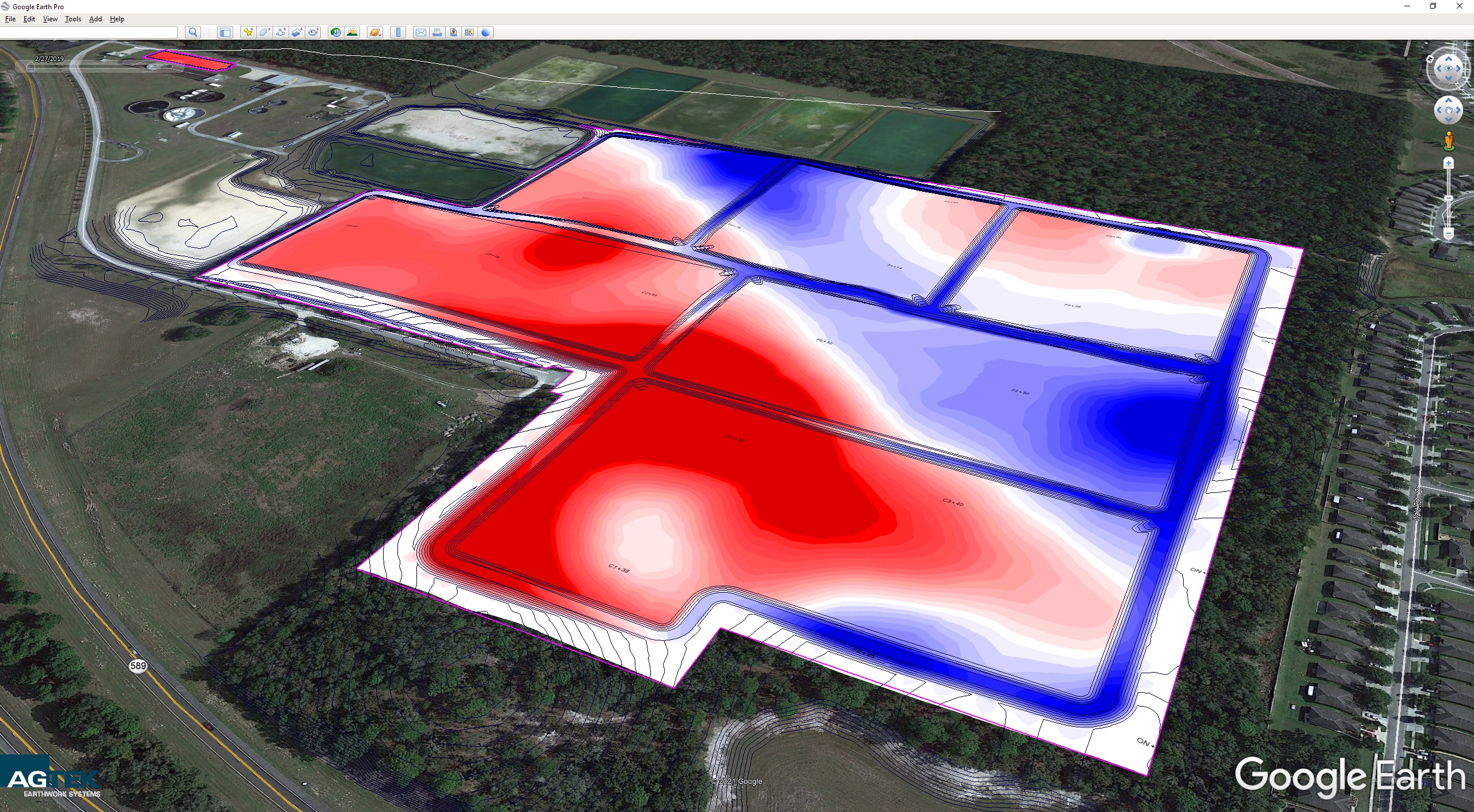 With 8 AGTEK users in-house, how do you train your team and learn about new features?

Jason : We recently hired junior estimators and have used the AGTEK tutorial videos online to our full advantage. They’re a good starting point for anyone learning the software. Once they’ve mastered the basics such as PDF import and tracing/vectorizing data lines, we step in and show them how to complete the takeoff (stripping areas/sectional areas/report regions/etc.). We believe in training our estimators to be able to complete a takeoff 100% without a CAD file before we introduce the CAD files to them. Many times (though less and less frequently), we will receive a PDF set of drawings that has been scanned. Because of this, we cannot vectorize. We strive to ensure our estimators understand AGTEK at its core and aren’t dependent on CAD files.

Diego : Even to this day, after using AGTEK for almost 7 years I will refer to the tutorial videos and tech tips to learn more advanced skills or to refresh my memory on something I haven’t done in a long time (DOT road profiles for example). We’ve recently taken advantage of templates for a lot of our earthwork takeoffs (curb/wall layback/etc.). The great thing about our team is we are not dependent on these templates by any means; they just make our job that much easier. 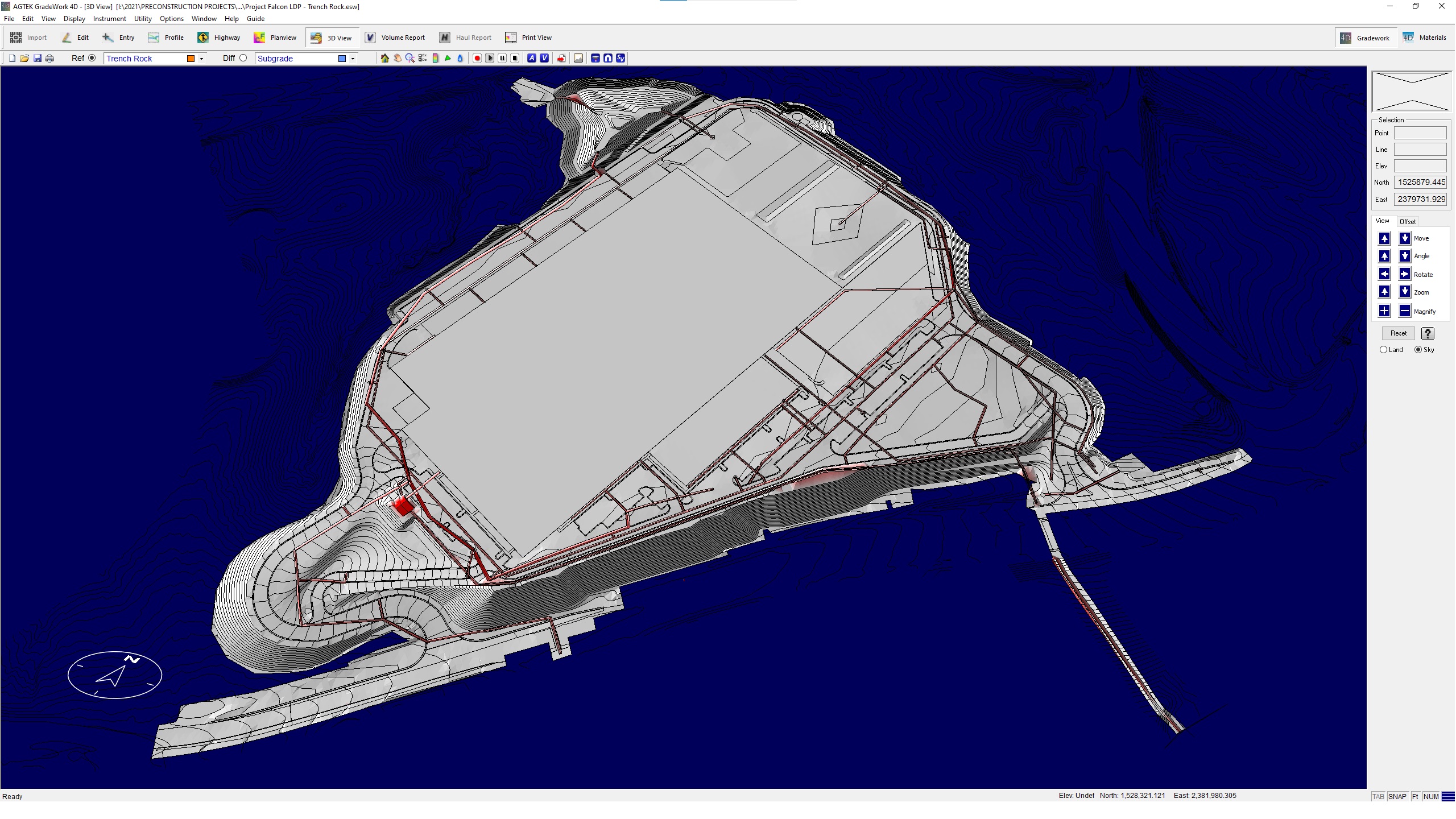 What advantages do you have by using AGTEK?

AGTEK allows us to feel very comfortable with our quantities. We have the experience to understand how they’re generated and can quickly identify when we’ve made a mistake along the way. We often receive engineered estimates in the plans we bid, but those don’t take into account strata, topsoil, respread areas, subgrade, shrink/swell, over blasting, undercutting, etc. AGTEK allows Strack to bid work as precisely as possible with the information given.

We often perform in-house field exploration of sites by means of test pits and test drilling. Being able to give our field staff an AGTEK SmartPlan file to where they can immediately plot the bore holes we’ve chosen allows us to better understand each site pre-bid. We can then upload the SmartPlan tracks straight into our earthwork takeoff and enter the new strata data without ever leaving AGTEK (tracks import photos and descriptions of each bore).

We also routinely fly our jobsites with drones to keep track of our progress and fine tune our job site balances. AGTEK easily imports our drone data as a new surface, and we’re able to give the field staff updated quantities to complete or update balances in a matter of minutes. With AGTEK, we feel more confident in the results we produce.

We do a lot of in-house design for our clients and are frequently asked to provide budgets using only an existing topo and the outline of a building pad. We’re not engineers by trade, but we’ve gotten pretty familiar with the design process using AGTEK, many times helping clients find solutions to their site constraint problems.

We recently had a job where the modular block retaining wall layback was conflicting with an existing water and gas line. Initially our two options were to either shore the excavation (very expensive) or price the wall as cast-in-place (even more expensive). Both options caused the project to be over budget. Using AGTEK, we tinkered around and realized if we shifted the building pad north 20’, we could continue the slope to the north to grade, in essence eliminating the need for the wall all together. Using screenshots from our modified grading takeoff, the engineers were able to confirm the new layout would work, and in a week’s time our client had a new design, and they were again within budget.

Strack, Inc has been a valued AGTEK customer since 2014. They utilize multiple instances of the integrated Gradework package, Highway and some AGTEK SmartApps. We appreciate their loyalty and look forward to working together in the future. 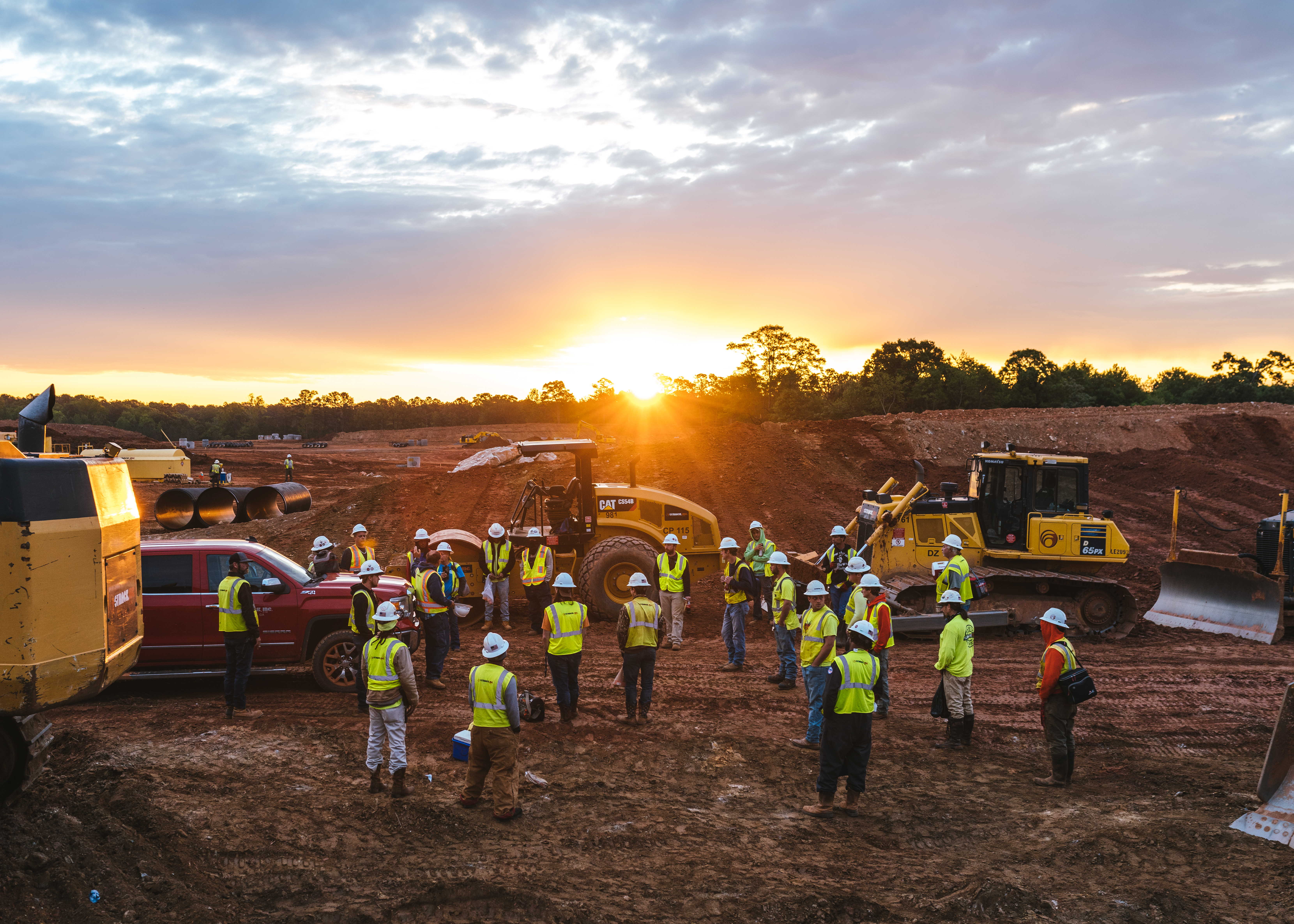 Want to learn more? Contact us and we will be happy to help.